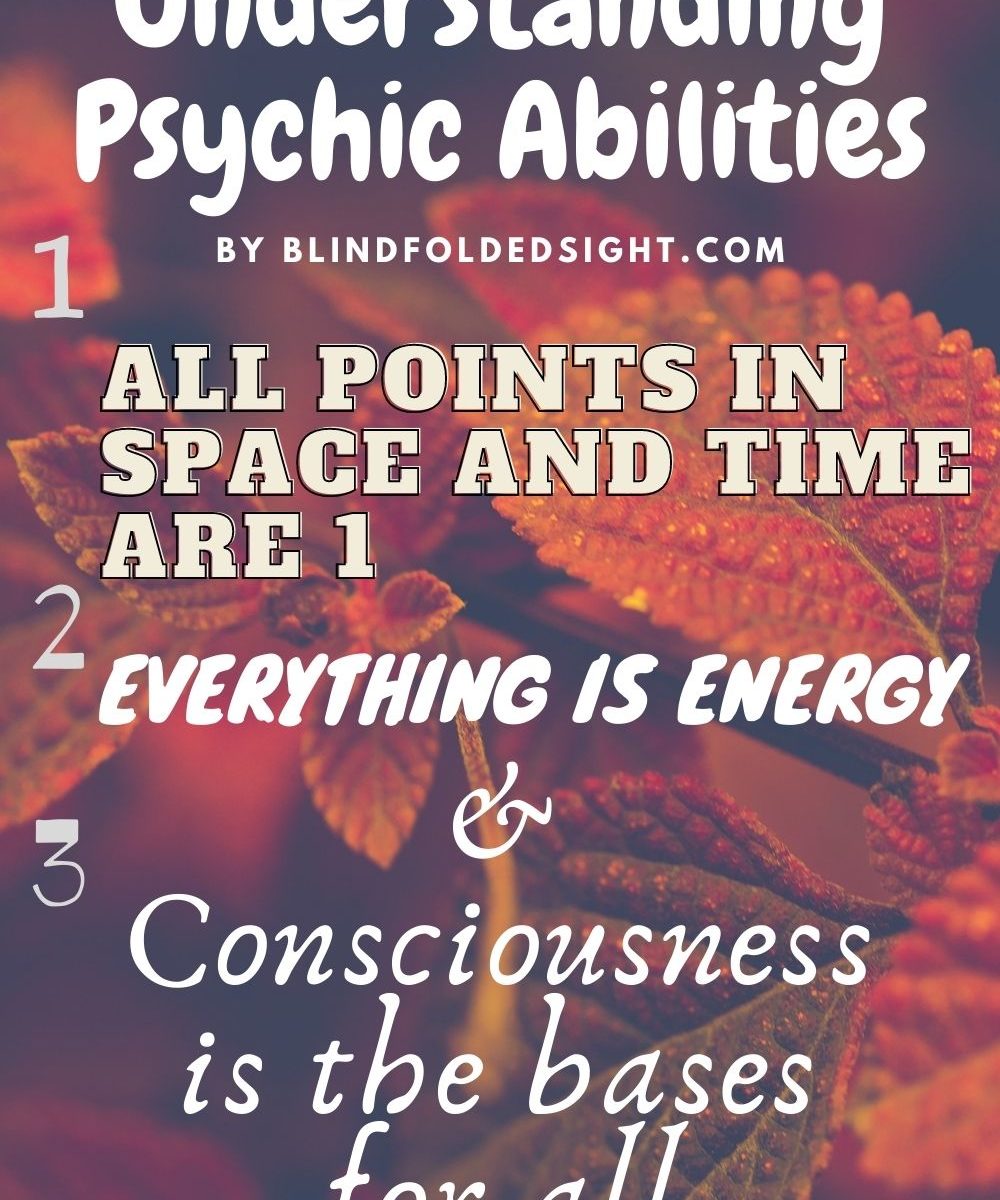 The Third Eye Can Do More Than You Think

Many people understand that your third eye is your intuition, but most people in the west are unaware of its true potential. When you hear someone say that their third eye is open, there is a very good chance that it is not quite as developed as they may believe. I would be willing to bet that a majority of psychics and tarot card readers are no more psychic than the average person. Now don’t get me wrong everything is possible, but the reality for most psychics is if I were to blindfold them and ask them what color I have just handed them, with a 25% chance of getting it right, the majority wouldn’t fair better than a 31% accuracy rating.

We all know your third eye is a thing, after all the CIA spent millions of dollars on the “Stargate Project” from 1978-1991 at Fort Meade in Maryland. A majority of us are also aware that there is a military-industrial complex with a black budget that works on UFOs. Thanks to Steven Greer who has put together extensive stores of information on these subjects from over 400 current and retired high-level military officers who have come forward with documents and proof. So it’s no wonder that the Stargate program was shut down in 1991 when things were just starting to get good as far as discovery goes. A few of their findings were made public due to the freedom of information act. You can find them below.

The CIA found that astral projection was possible, remote viewing was possible. They also studied kundalini theory and found some remarkable things regarding that. Russel Targg, who was one of the trainers for remote viewing at Fort Meade, trained 145 scientists at NASA and within a year 4 of them were at a 100:1 accuracy rating. You can test your skills or put a psychic to the test with Russel Targgs app, “ESP trainer”.

Now remote viewing and astral projection are just the start. In this magical world, we live in these abilities can become even more refined and perfected. The Gateway program was also a big topic of research at the CIA as people were able to go in spirit to the kremlin and see things like a hidden security area below Putin’s desk. The Gateway program was developed by Robert Monroe as a practical means to learn and improve your ability to astral project. Robert Monroe even reported being able to poke someone and they said they felt it and had a mark in the corresponding place following the encounter. Things like this are also reported in books such as “The Autobiography of a Yogi” and “The Life and Teachings of the Masters of the Far East”. Masters of astral projection in these books literally create a second body they can interact with others through. Amazing stuff. Many people would believe it’s not real, but I can assure you it is.

Remote viewing uses our third eye and our intuition to gather information. Our pineal gland also can produce colors in the darkness of our closed eyes. Just like when we are dreaming we can produce DMT to see colors and light in the dark. Many remote viewers in the Stargate program reported less seeing but more knowledge and feeling. A random thought would pop into their mind or a feeling. This like the astral projection is just the beginning. It gets much clearer with time. The problem I see with these experiments is that they started at far too large of distances and far to complex images. Places are hard and there are so many subjective aspects. Yes, they are wonderful and proved that all points in space and time are one, but they should have started with much simpler training rather than jumping into the deep end.

How do You Open Your Third Eye?

When developing blindfolded sight we start with simple colors and a blindfold. The goal is to learn to pick up information infant of you before you try and look across the world with something hard to verify. You need to have biofeedback so you can train your intuition. This is where another misconception about the third eye comes in. Your third eye is never really closed. So in contrast there is no real opening it. It is more like a muscle. If you train it then you can learn to trust it. Most of us have no idea what a true intuitive hunch feels like, let alone being able to get any real information from it. It is yea always there but you have to learn what information is intuitive and what information is just your overactive imagination. To do this you need to train, and you will be wrong until you learn what the right answers feel like.

How Does our Intuition Work?

Well, everything is energy, even at the smallest levels, electrons and protons are just dense fields of energy. Nothing in our world is solid. Next, you must know that all information is energy as well. This ties in deeper into the fields of chi that permeate and surround us record all that happens. This is what the Akashic records are and when we can learn to decipher chi into the information that it carries we learn to access the akashic records and the storage base of all information.

What Is Your Third Eye Capable Of?

Well once your brain has learned to decipher chi you can learn to see blindfolded. Now, this is like learning a language, for example when you feel the energy of color you likely won’t be able to tell the difference between the colors. But each object is constantly radiating energy that describes that object. We just have to learn to decipher it, like a language. There are very interesting examples discovered by Mark Komissarov when developing his InfoVision methodology. He found, after teaching a blind student his infoVision method, which trains your intuition, that the student was able to read a newspaper headline that was not written in brail. This was amazing and it led to many other wonderful discoveries regarding your third eye. This particular student was astonished as well because he had never seen letters and wouldn’t have been able to read them if he wasn’t blind. Mark Komissarov has been an amazing figure in this field of study, which has largely been kept secret all over the world. The Royal Family of Central Java, who released a comprehensive energy development system which allowed completely blind people to learn to see again, and even do things like ride a motorcycle. I have been greatly inspired by both of these systems as well as several others. The possibilities only become more vast from here.

Not only are you able to see and be an expert sharpshooter while completely blindfolded, but you can also look into the past and even the future. Mark Komissarov would do tests with his students where he would place an object on a table for one minute. He would then remove the object, hide it, and proceed to open a door and bring in a blindfolded student. He would then ask the student to look one minute into the past and tell him what object was on the table and they were able to do so. He then asked where he placed the object and they were able to go back and watch the scene and see where and what Mark had done in the room before they entered. Now if you’re thinking that’s truly amazing, it gets better.

Once you can improve your skills enough you can begin doing things like accessing any information off of any storage device. Now similar to the brail to letter conversion that happened, a person adequately trained in blindfolded sight can hold a DVD and watch the DVD in their mind. Not only watch it but go through the menu and access different things like extended features etc. This same phenomenon can also be performed with a book by reading it without ever opening it. I believe some of this was referenced in the movie “The Men Who Stare At Goats” which is purported to be based on true events regarding the CIA and their psychic research. It is also said that yes they were able to successfully kill a goat using their abilities. Another interesting thing is that you can not only read the information off of a computer blindfolded but it’s said you can also write information on the computer without touching it. Amazing stuff and all of these things only open larger doors.

Psychic abilities are very real. They develop remarkably fast when we are between the ages of 6-12. Indigo children are just regular children. We all have these capabilities. We need to reshape our teaching system to include intuition training at young ages. Some of Mark’s students who took his training reported seeing the bubbles on the right side of his test lighting up on all the correct answers before he had even read the questions. We can all learn to access the akashic records to receive the correct answer to any question every time, it just takes the proper training and dedication. The only problem is the older we get the harder it gets. Much of this comes from our belief systems. When we have an unconscious belief and it faces off with a conscious belief, the unconscious one will win every time. Also, children run around in Delta and Theta brainwaves without a well developed analytical mind getting in the way. I want to remind you everything is possible! You are capable of anything! Check out my online courses where I teach you how to develop your third eye for practical actionable uses, and I teach you how to sense, grow, and project your energy which will help you sense your environment (lead to telekinesis) and grow your intuitive skills.

Thank you for reading! I wish you the best on your journey to Enlightenment! 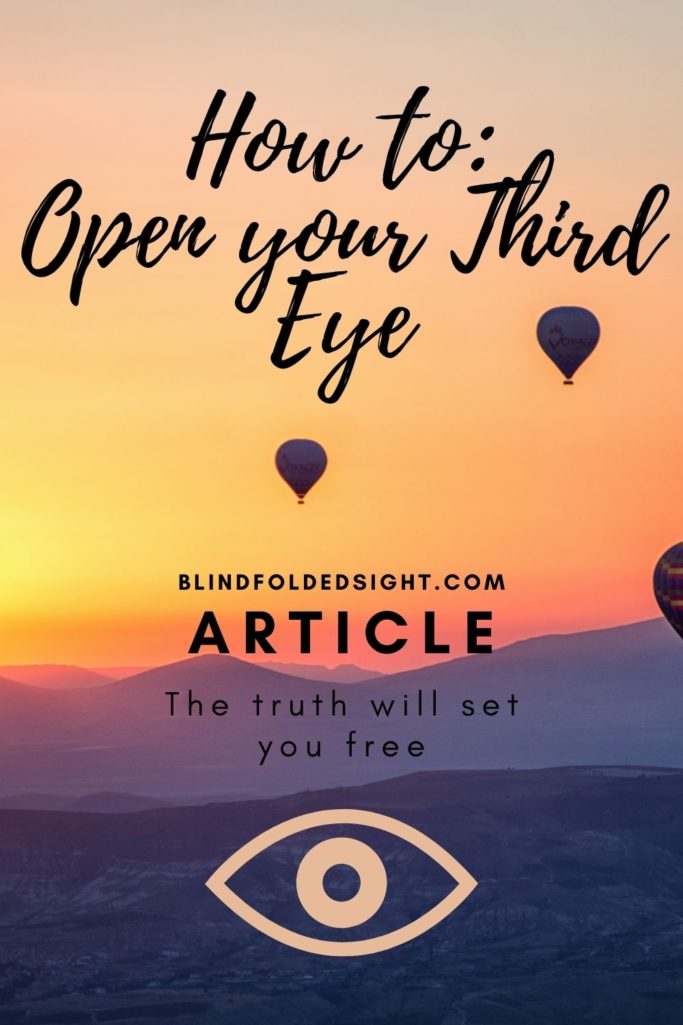 How To Open Your Third Eye 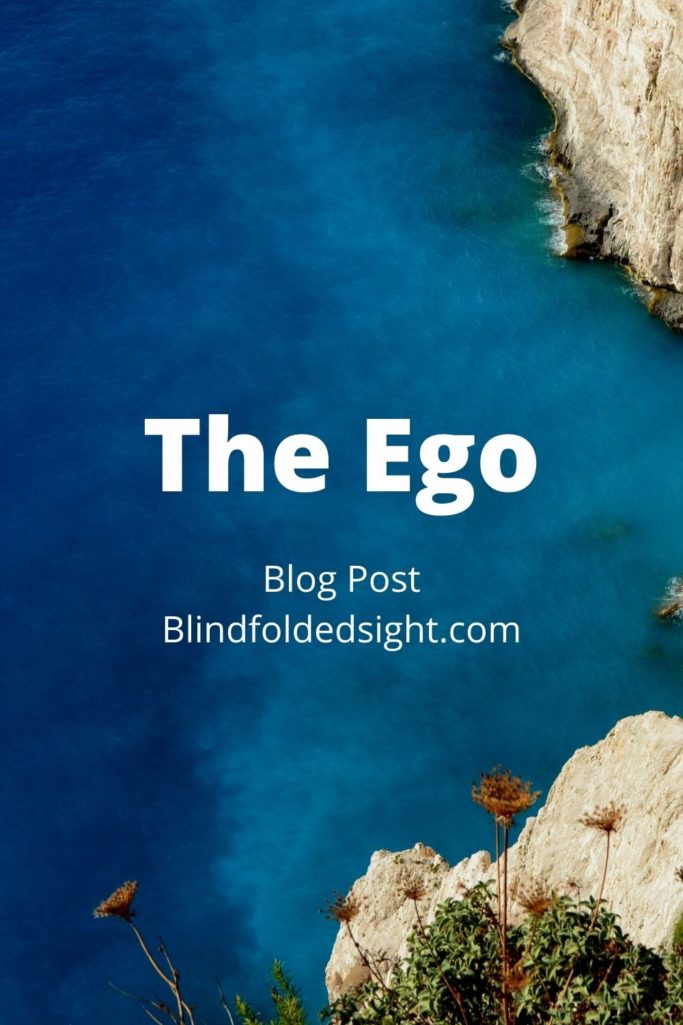 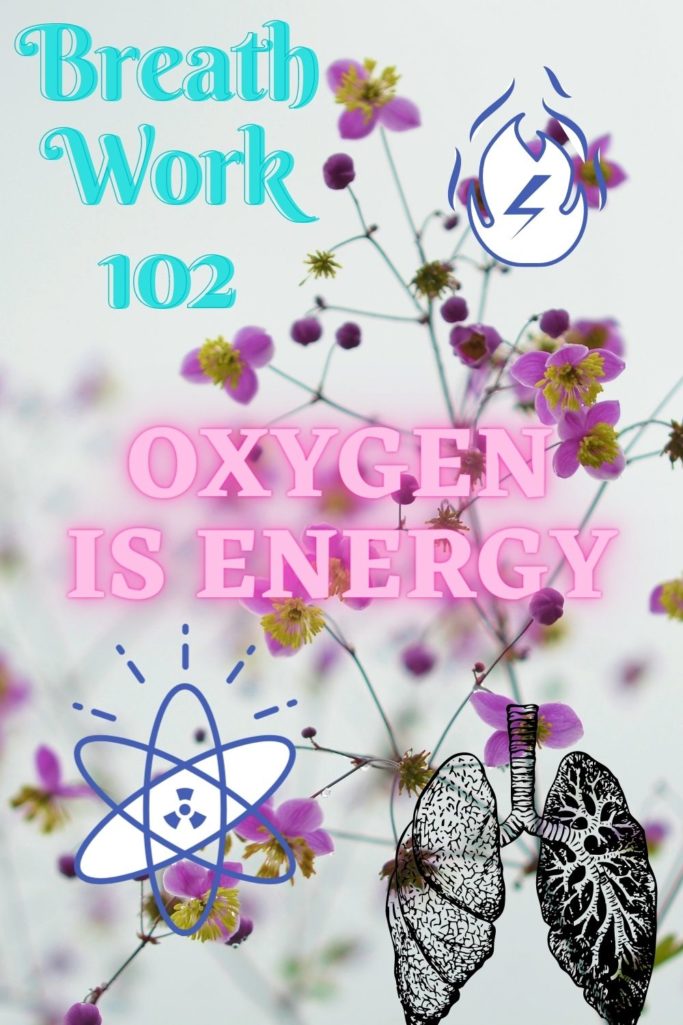 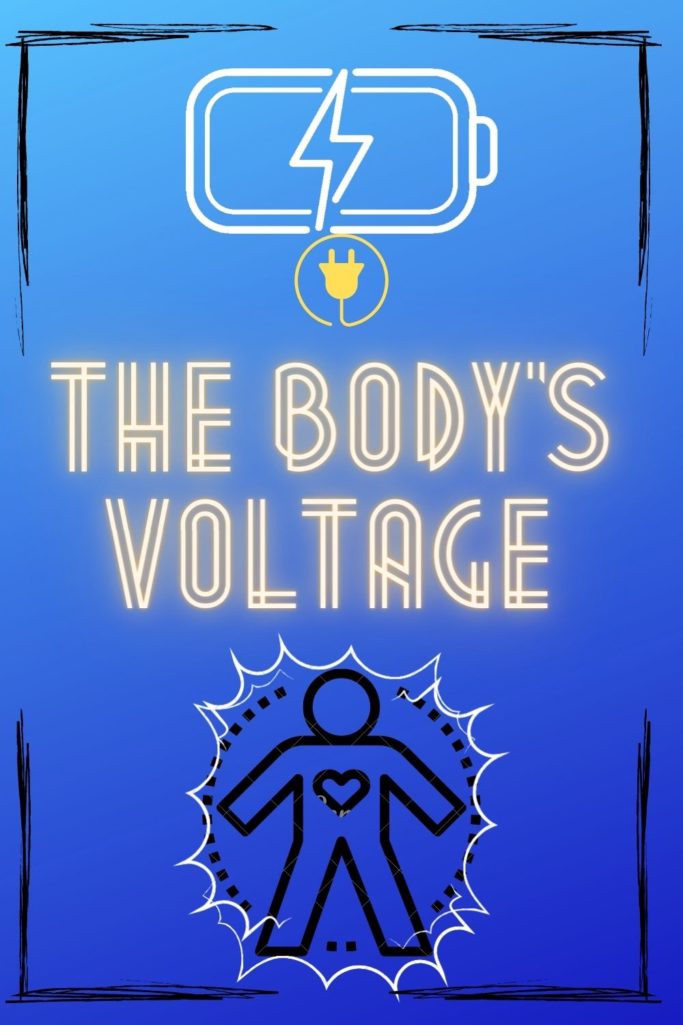 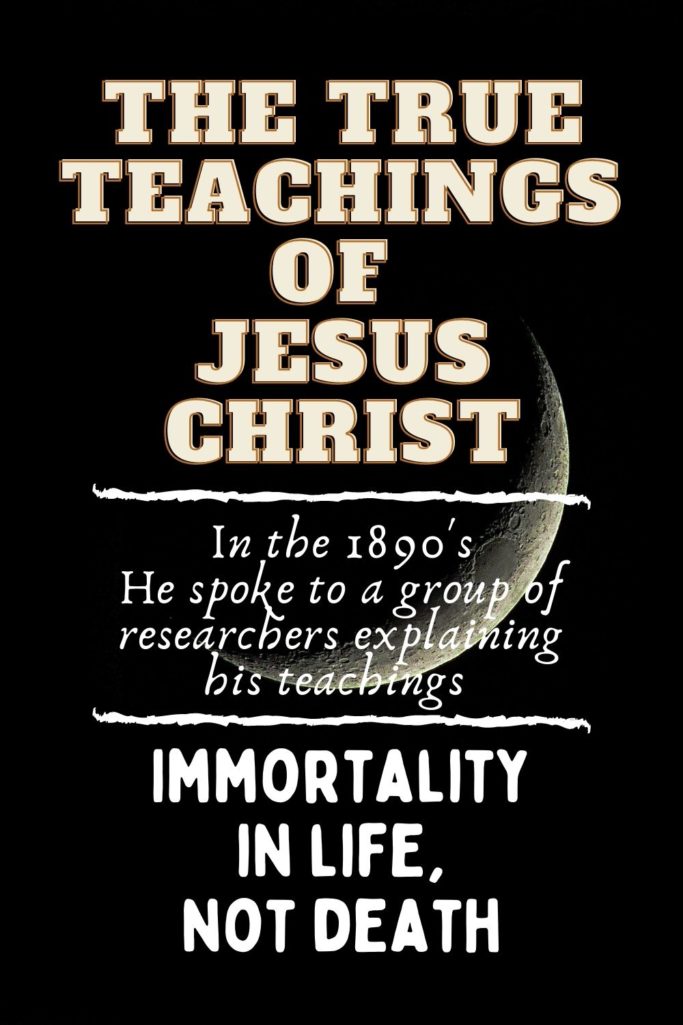 The True Teachings of Jesus Christ 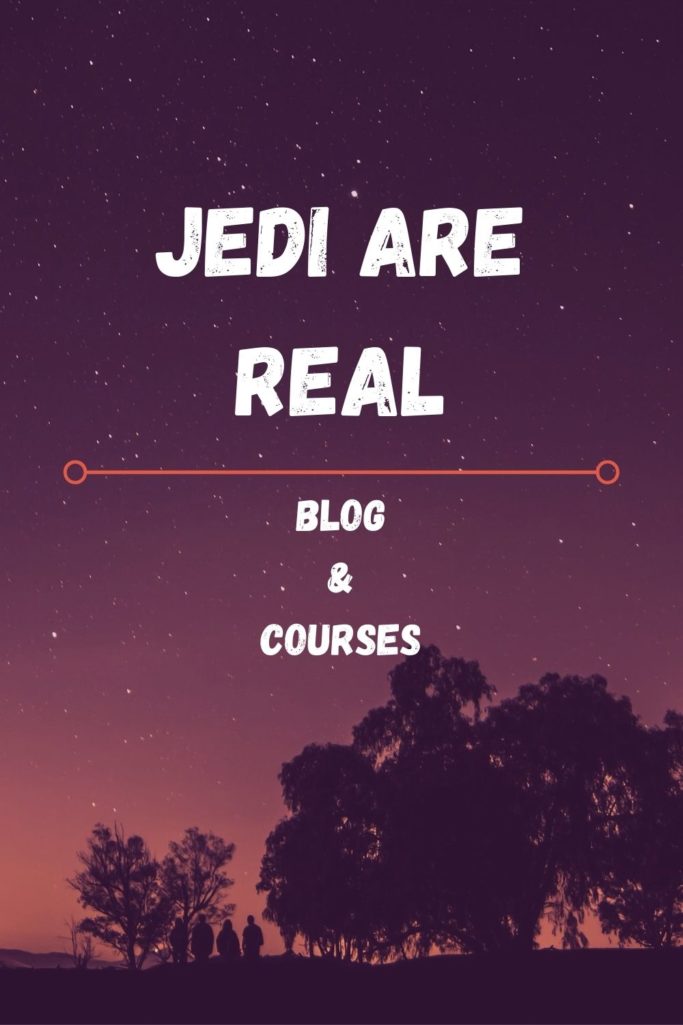 Are Jedi Real? Yes, and so is The Force 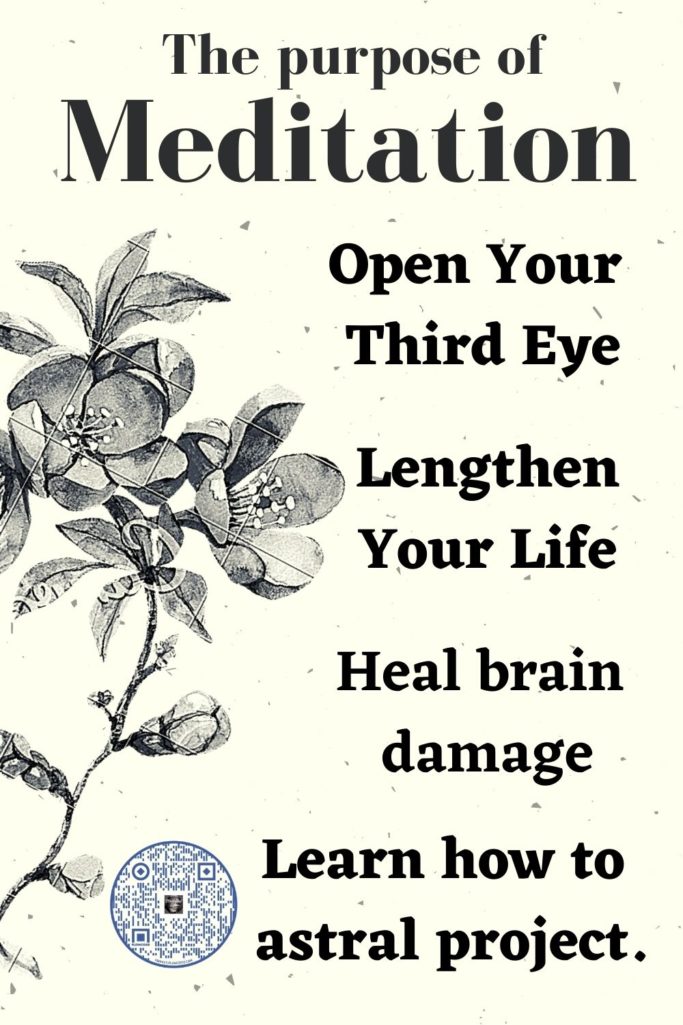 The Real Purpose of Meditation 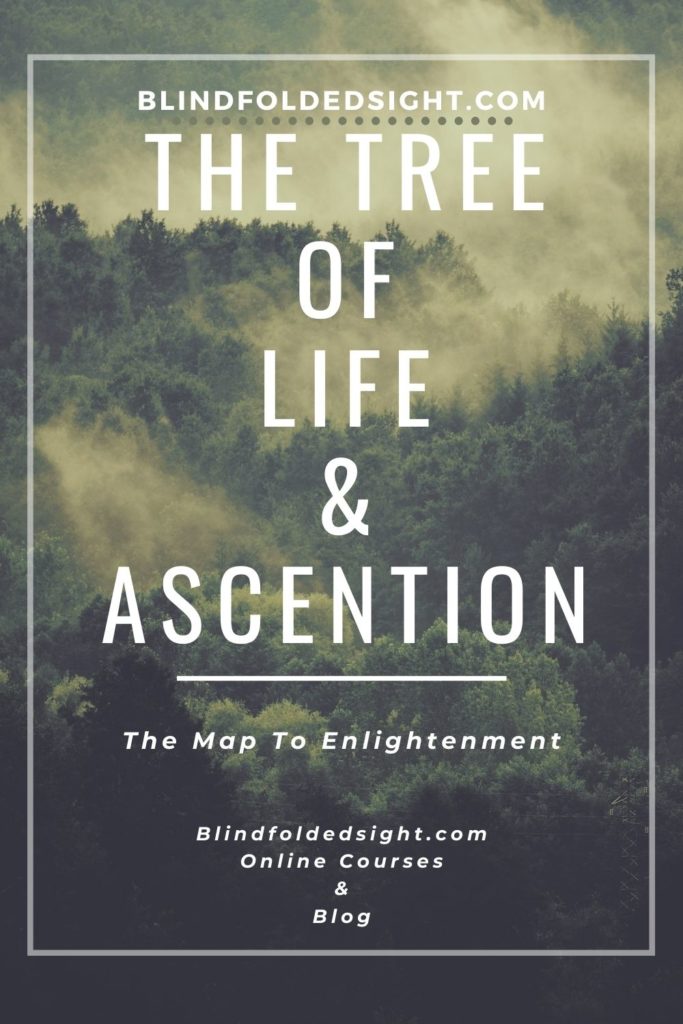 Kabbalah, The Science of Ascension/ The Tree of Life 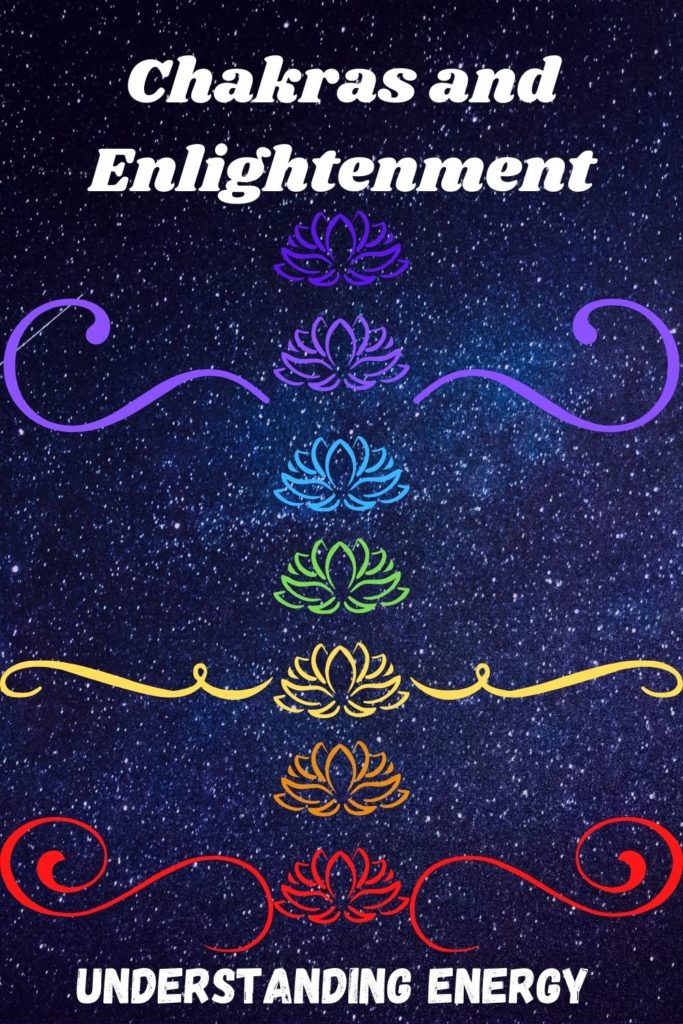 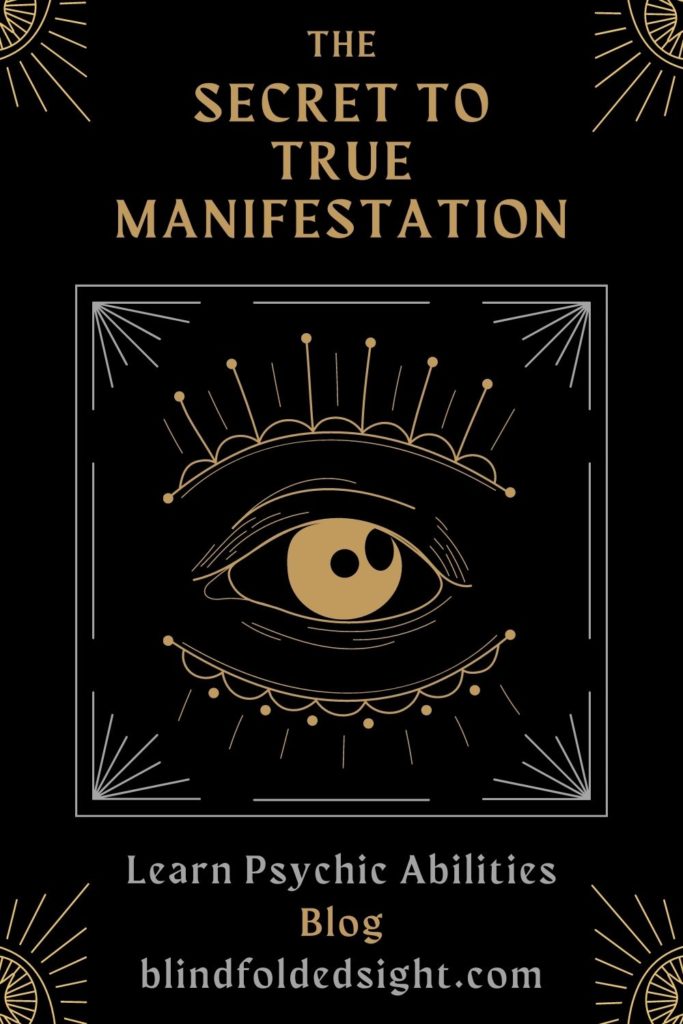 The Secret to Manifestation 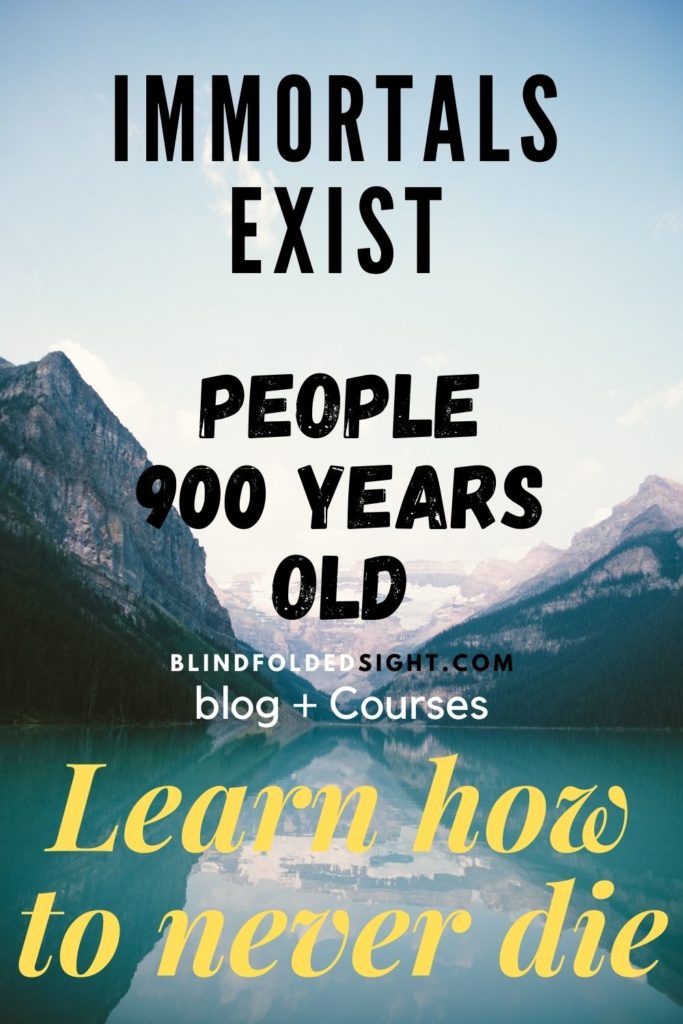 How to Become an Immortal 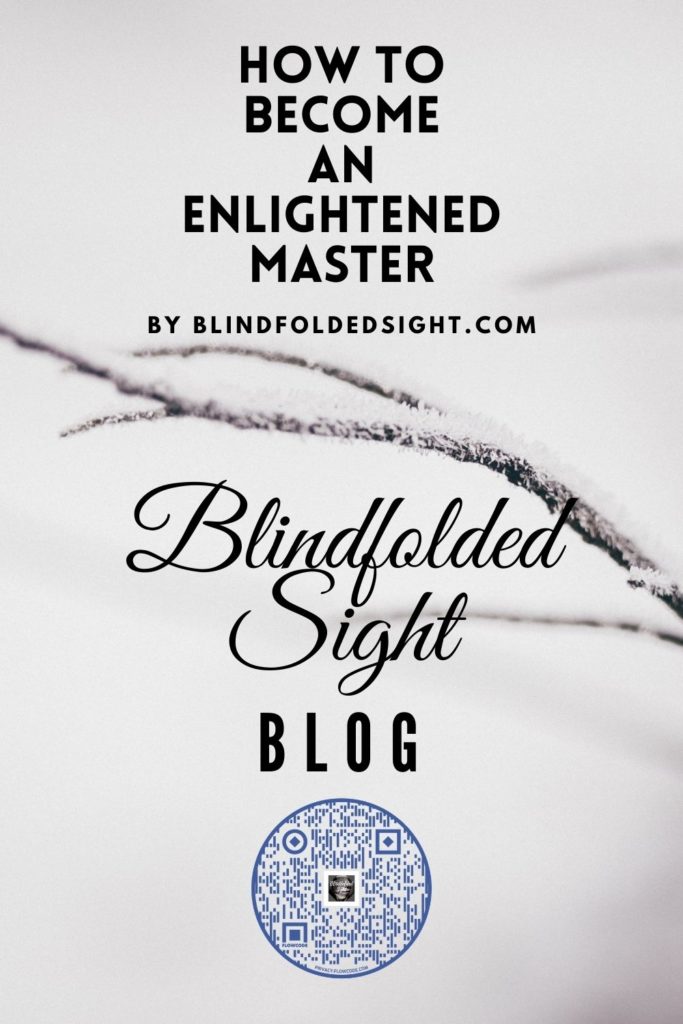 How to Become an Enlightened Master 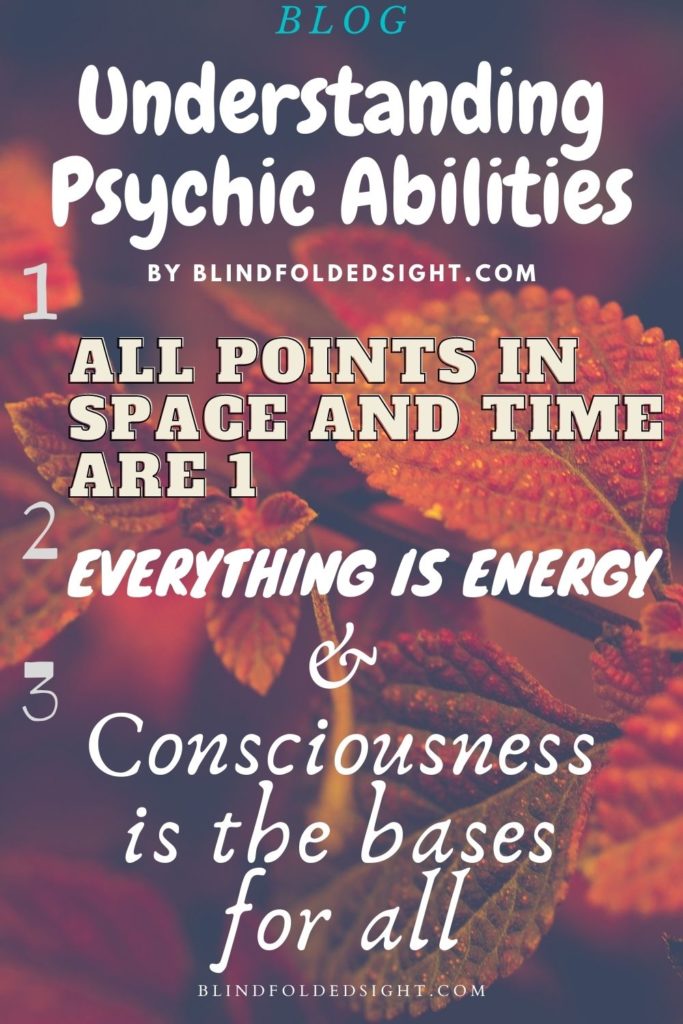 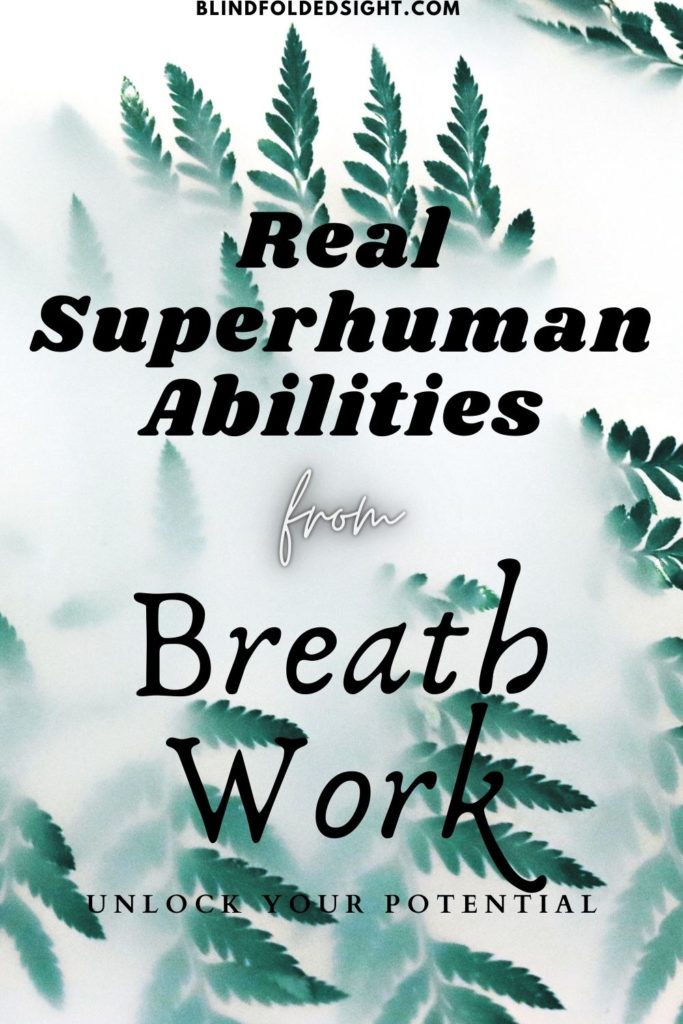